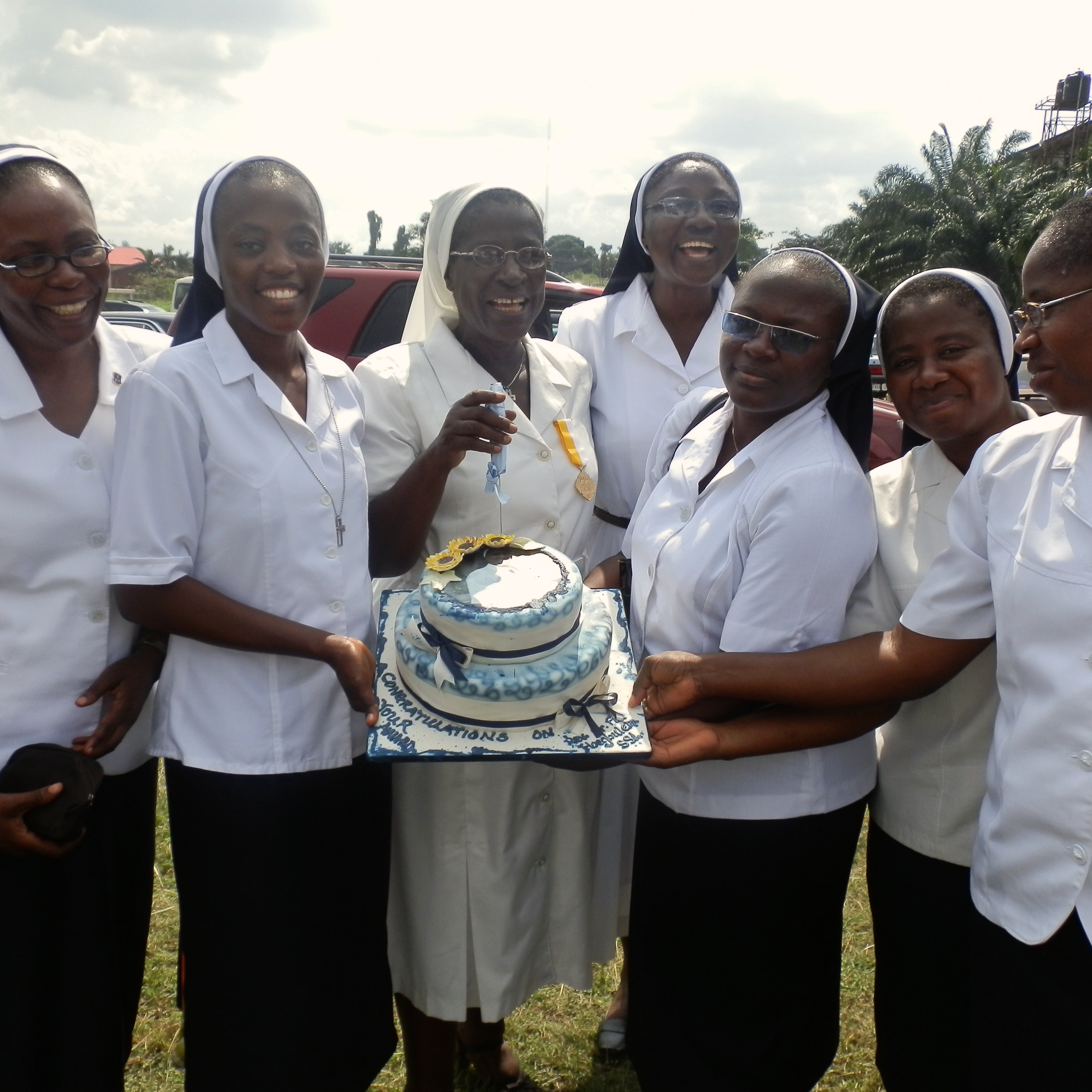 18 DEC, 2012.  On September 15, a beautiful ceremony was held at the St Peter and St Paul Major Seminary, Bodija Estate, Ibadan, Nigeria, where Pope Benedict XVI honoured Patricia Ebegbulem SSL and 15 other religious with the highest Papal honour for Consecrated persons, the Pro Ecclesia et Pontifice medal. This honour is in recognition of their long years of commitment and exemplary service to the church in Nigeria.

The Episcopal High Mass, which had four parts - a priest's ordination, an investiture ceremony of the monsignor, the conferment of the papal awards, and the conclusion of the Archdiocesan Eucharistic Congress - was celebrated by the Archbishop of the Catholic Archdiocese of Ibadan, Felix Alaba Job (Chief celebrant), and the Bishops of the Oshogbo, Oyo, and Ekiti dioceses - Leke Abegunrin, Badejo Emmanuel and Felix Ajekaye respectively. There were more than 100 priests at the altar and in the congregation, and countless religious and laity from all walks of life. The message of the homily, which was given by the Archbishop, was a renewed call to faithfulness in the service of God.

The ceremony took place in an open field with canopies installed for shelter. The weather though clement, still exuded a mysterious aura of the Divine, when the heavens sent down soft rain on the deacons as the Litany of the Saints was being chanted. And during the consecration, as the Son of God changed the host into His body, the sun shone incredibly bright. It was simply an amazing sight!

Our dear sister, Patricia, was particularly radiant in her lovely light cream dress and equally charming smiles that adorned her beautiful face throughout the celebration. We are indeed very proud of her past achievements as a veteran educator, seasoned administrator, unflagging and loyal SSL, and presently, a leading and cutting edge woman tirelessly working towards restoring the dignity of trafficked women and children.

We pray for many more long and healthy years of meritorious service in the Lord’s vineyard. Keep up the good work Mama Patty!